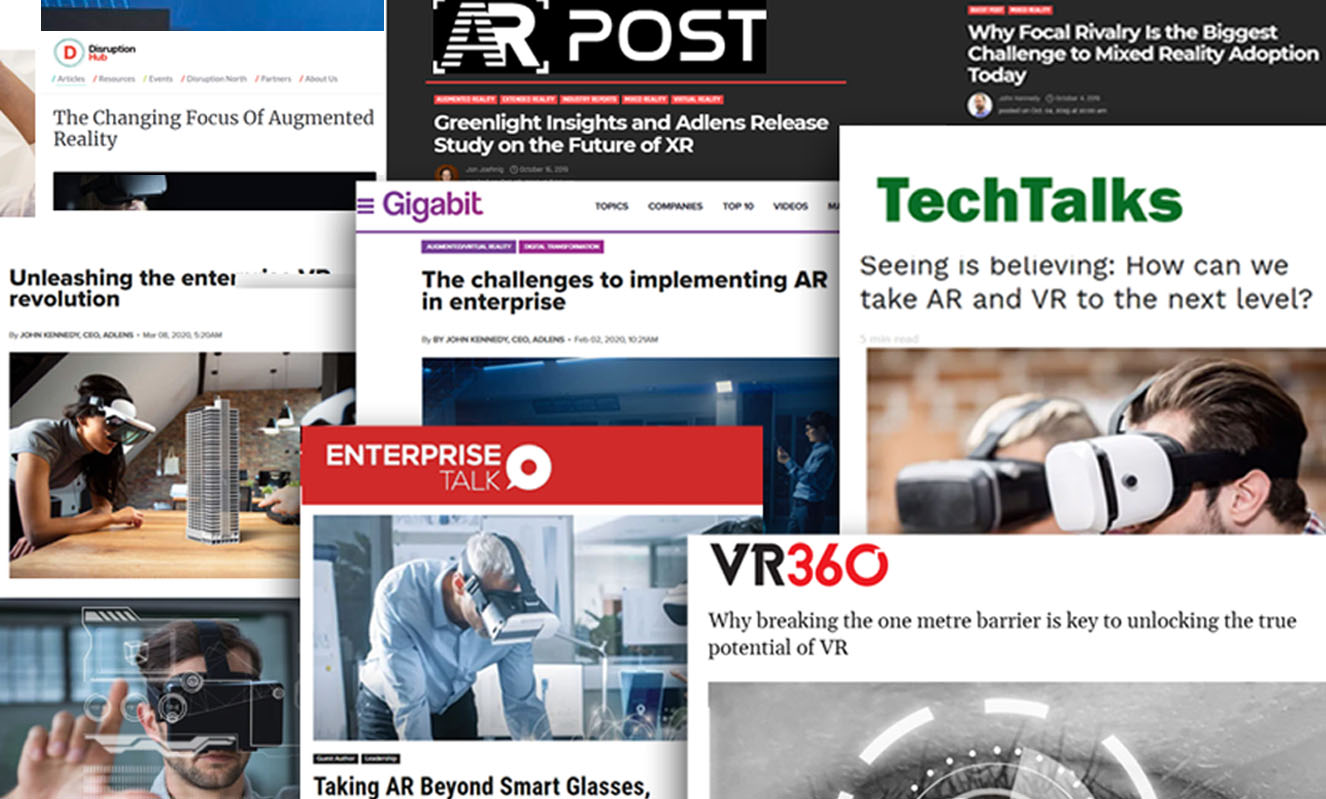 The optical interface has historically been an underrepresented area of innovation in the virtual and augmented reality markets. But recent reports and media coverage suggest that its importance is starting to be realised.

In the ‘Optics in Focus’ report, Juan Carlos Kuang, an analyst from the specialist VR/AR analyst house, Greenlight Insights, pointed out that “the whole issue of adaptive optics has been a major blindspot for the AR industry”.

Greenlight Insights analysts have realised that without dynamic focus-capable head-mounted displays, AR will be unable to achieve all-day usability, bring AR experiences within arm’s reach or provide users with any significant degree of accuracy when completing intricate and highly specialised tasks. They stated that “widespread resolution of VAC and focal rivalry could result in nearly $10B in additional market value by 2026.”

While this innovation has immense potential to open up enterprise markets, it could also spill into wider AR consumer adoption. Writing about the optical interface for AR Post, Jon Jaehig noted that “industry market growth drives hardware and software developments that are likely to pass down to other sectors. Further, these developments are likely to become more affordable and accessible for the rest of us as the industry adopts them.”

Earlier this year, our CEO John Kennedy had an article published in Gigabit about the current limitations of VR hardware for enterprise use. In the article, John explained that dynamic optics will be required to fully engage our natural visual system to deliver truly immersive VR experiences. Writing for VR360 last year, John also argued that creating a deeper level of immersion and breaking the one-meter barrier is key to unlocking the full enterprise potential of VR.

No amount of improvements in software, display technology or processing power will resolve some of the critical issues that are impeding the uptake of VR and AR. OEM’s are realising this. Last year, one of the leading VR manufacturers, Oculus, highlighted that it is trialling a liquid crystal optical display in its Half-Dome prototype.

It’s exciting to see these issues become more recognised. As the industry becomes more aware of the key opportunities that are likely to unlock further customer uptake, we hope to see many more announcements like the one Oculus made last year that highlight the importance of investing in the  optical interface to unlock the true potential of AR and VR.